Every day we see families who are struggling to put food on the table, keep their children in school and to maintain employment. SSHA exists to help homeless families with children move from homelessness to stability by providing temporary housing with a focus on rapidly returning families to permanent housing.  Our goal is to help families reduce their barriers to housing and increase their income enough to achieve housing stability.

St. Stephen Housing Association (SSHA) was formed in 1989 when start-up funding was provided by St. Stephen the Martyr Parish to help address the need for housing for homeless families in South King County.

A non-profit 501(c)3 organization, SSHA was formed with an all-volunteer Board of Directors, headed by a President and Vice-President.

Since 1989, SSHA has leased eight three-bedroom houses at Nike Manor, a former military site in Kent, from the King County Housing Authority. An additional unit was added in 2008. In 2001, SSHA purchased a 12-unit townhouse apartment complex in Auburn with funding provided through grants from the State, County and local municipalities. We currently have 20 transitional housing units and one unit for an on-site manager.

We have received grants from a variety of foundations and were honored to be one of the first award recipients of the Gates Foundation’s Sound Families Initiative in 2000. We also receive funds from individual donations and matching payroll contributions. 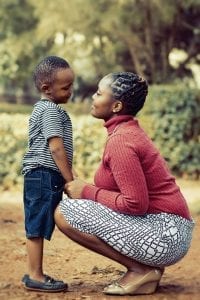 Families served by St. Stephen Housing Association come from a wide array of backgrounds. Some have been homeless for years, others for just a few months. Some are new to the country or state, others are Washington natives.

What is true for all, though, is that they have experienced barriers to finding permanent housing. These include poor credit or housing history, lack of sufficient income to pay market rate rent, family crises that have caused instability, and unaddressed mental health issues. Many have experienced domestic violence.

Preference is given to families whose current situation includes one or more of these substantial barriers to securing permanent housing. Families are referred to our program through King County’s Family Housing Connection.

The following services are available to residents:

To address the needs of homeless families with children by providing housing with support services to enable families to move toward economic stability and self-sufficiency.